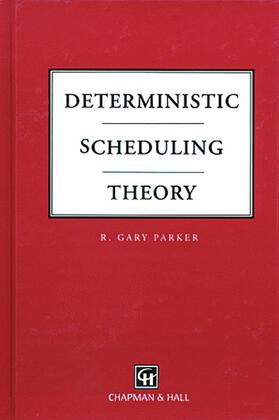 The principal theme of this book is combinatorial scheduling. All coverage is confined to deterministic results and includes conventional models involving single and multiple processors as well as ones of the classic flow and job shop-like variety. In addition, the book discusses workforce staffing models, timetabling problems, the classroom assignment model, and even problems related to traversals in graphs. The author has included understandable descriptions of computational algorithms, demonstrations of algorithms and theorems with sample problems, and substantial lists of end-of-chapter exercises which span from relatively routine manipulation to increasingly challenging, possibly even open problems. An entire chapter is included on background material. Covered are basic concepts in computational complexity, the theory of graphs, and partial enumeration.The book should appeal to students and researchers in a host of areas including industrial engineering, operations research, computer science, and discrete mathematics.