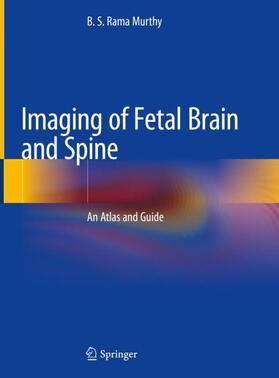 An Atlas and Guide

This book systematically covers the anatomy and pathology of the fetal brain and spine. It features a veritable treasure trove of ultrasound images illustrating every common finding, as well as rare lesions that are encountered in clinical practice. Wherever possible, it also includes 3D ultrasound and fetal MRI correlations.

Dr. B. S. Rama Murthy is a radiologist at Srinivasa Ultrasound Scanning Centre, Bangalore. A graduate of Bangalore Medical College, he also holds a diploma and master's degree in radiodiagnosis from Bangalore Medical College and Christian Medical College, respectively. He has been awarded the Diplomate of National Board in radiodiagnosis by the National Board of Examiners. With more than thirty years of experience in fetal imaging, he has contributed chapters to several textbooks on fetal medicine and given numerous lectures on fetal ultrasound imaging around the globe.