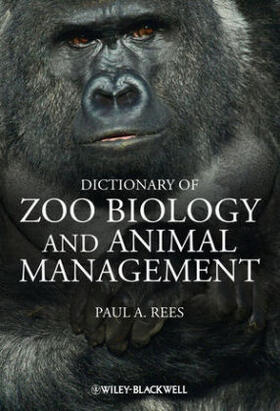 This dictionary is intended as a guide to the terminology used in a wide range of animal-related programmes of study including agriculture, animal care, animal management, animal production, animal welfare, veterinary nursing, wildlife conservation and zoo biology. In total it contains over 5,300 entries. It contains a wide range of terms used in the fields of veterinary science, physiology and zoology, as students whose primary interests are animal welfare or zoo biology also need to have some understanding of disease, how animal bodies function and how animals are classified. It also contains some legal terms, and reference to some legal cases, to help students understand how the protection, use and conservation of animals is regulated by the law. Some people, famous animals, literature and films have influenced the way we think about, and behave towards, animals. For this reason, the book includes references to important books about animals, famous animals who have starred in films or been the subject of scientific studies, along with short biographies of famous scientists and others who have studied animals or established conservation or animal welfare organisations.

Rees, Paul A.
Dr. Paul A. Rees is a Senior Lecturer in the School of Environment and Life Sciences at the University of Salford. He is a biologist and lawyer, and was awarded a PhD for his research on the ecology, behaviour and management of feral cats, which was funded by the Royal Society for the Prevention of Cruelty to Animals. Dr. Rees established the first undergraduate programmes in conservation at the University of Salford including the first specialist programme in Wildlife Conservation with Zoo Biology in the UK. More recently he was instrumental in the development of an MA in Wildlife Documentary Production: the only course of its kind in Europe. Dr. Rees' research interests include wildlife law, the ecology of large mammals in Tanzania, the behaviour of elephants and the conservation role of zoos. He once worked as an elephant keeper.