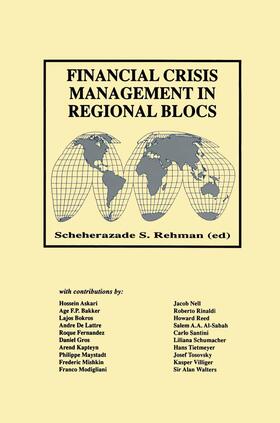 Financial crises have occurred throughout history, resulting in the loss of national and international public and personal wealth, creating political uncertainty and shaking the foundations of the national, regional and international economic and social order. This book provides answers to the basic questions of what could have caused some of the more recent regional financial crises, what their key characteristics were, how they could have been prevented, what lessons national governments, central bankers and the International Monetary Fund (IMF) have learned and how such crises could be prevented in the future.
The authors include current and former cabinet members of national governments, central bankers, IMF officials, scholars and practicing economists in both national and multilateral organizations, all of whom have either participated in the management of the various types of financial crises they analyze and discuss and/or have made major contributions to their understanding, including recommendations of how they could be avoided in the future.