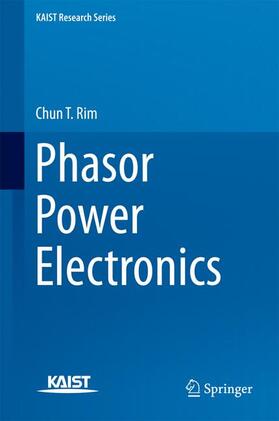 This book presents a comprehensive introduction to the principles of power electronics, focusing on the switched transformer concept and phasor transformation techniques as employed in the analysis and design of power electronic circuits. Phasor transformations, as introduced in this book, make the time-varying nature of a switching converter simple and easy to handle, transforming it into an equivalent time-invariant circuit.

The book starts with an introduction to the philosophy and fundamental principles of power electronics. The switched transformer concept, which is applicable to any switching converter, is introduced, and it is shown how DC-DC converters analyses are then so straightforward that very little equational manipulation is needed. Then the phasor transformation techniques are comprehensively explained over three parts. Single phase and multi-phase AC systems are dealt with through the single phase phasor transformation and circuit DQ transformation, respectively. A general unified phasor transformation is then introduced for the static and dynamic cases. The final part of the book considers current and potential extensions of the technique in various fields of application, including wireless power transfer, signal processing, power systems and renewable energy.

The book avoids the piece-wise linear circuit models used in other titles, with which the mathematical results become too complicated to be used in practice. No cumbersome equations or matrix manipulations are needed with the phasor transformation techniques introduced in this book. It will be a valuable reference source for engineering students and practising researchers in power electronics and related areas.

Rim, Chun T.
C hun T. Rim received the B.S. degree with Honor in electrical engineering from KIT in 1985, and the M.S. and Ph.D. degrees in electrical engineering from KAIST, Korea, in 1987 and 1990, respectively. Since 2007, he has been an associate professor of Nuclear and Quantum Engineering at KAIST. He has been developing various wireless power technologies including inductive power transfer systems for On-Line Electrical Vehicles. From 1990 to 1995, he was a military officer at the Ministry of National Defense in Korea. From 1995 to 2003, he was a senior researcher at the Agency for Defense Development, Daejeon, and from 1997 to 1999, he was with Astrium in Portsmouth, U.K. From 2003 to 2007, he was a senior director at the Presidential Office, Seoul, Korea. He was involved in developing Korea's first airborne and spaceborne synthetic aperture radars. His research areas include wireless electric vehicles, wireless power systems for robots, mobiles, wearables and IoT, and general unified modeling of power electronics. He has authored or coauthored 142 technical papers, written eight books, and holds 141 patents (awarded and pending). He won numerous awards including the Best Paper Award of IEEE Power Electronics Transactions in 2015 (wireless power) and three prizes by the Korean government. He was the chair of Wireless Power Committee of KIPE from 2010 to 2015 and the chair of EV Charger Committee of KIEE since 2011, respectively. He is now an associate editor of IEEE Transactions on Power Electronics and the Journal of Emerging and Selected Topics in Power Electronics (J-ESTPE), a guest editor of the Special Issue on Wireless Power Transfer of the IEEE Transactions on Power Electronics, IEEE Transactions on Industrial Electronics, and J -ESTPE, and the general chair of the 2014 IEEE VTC-Workshop on Wireless power (WoW), 2015 IEEE WoW, and 2016 IEEE WoW.