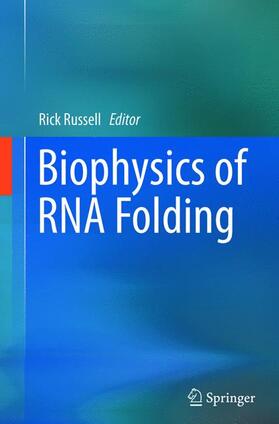 This volume, written by experts in the field, discusses the current understanding of the biophysical principles that govern RNA folding, with featured RNAs including the ribosomal RNAs, viral RNAs, and self-splicing introns. In addition to the fundamental features of RNA folding, the central experimental and computational approaches in the field are presented with an emphasis on their individual strengths and limitations, and how they can be combined to be more powerful than any method alone; these approaches include NMR, single molecule fluorescence, site-directed spin labeling, structure mapping, comparative sequence analysis, graph theory, course-grained 3D modeling, and more. This volume will be of interest to professional researchers and advanced students entering the field of RNA folding.

Chapter 11: The Roles of Chaperones in RNA Folding
Rick Russell