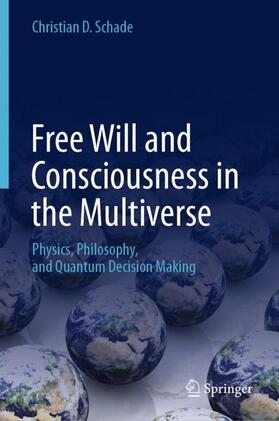 Schade Free Will and Consciousness in the Multiverse

Schade Free Will and Consciousness in the Multiverse

It is hard to interpret quantum mechanics. The most surprising, but also most parsimonious, interpretation is the many-worlds, or quantum-multiverse interpretation, implying a permanent coexistence of parallel realities. Could this perhaps be the appropriate interpretation of quantum mechanics? This book collects evidence for this interpretation, both from physics and from other fields, and proposes a subjectivist version of it, the clustered-minds multiverse. The author explores its implications through the lens of decision making and derives consequences for free will and consciousness. For example, free will can be implemented in the form of vectorial choices, as introduced in the book. He furthermore derives consequences for research in the social sciences, especially in psychology and economics.

Schade, Christian D.
Christian D. Schade holds the chair of Entrepreneurial and Behavioral Decision Making at Humboldt-Universität zu Berlin. Furthermore, he is a Research Fellow at Wharton's Risk Management and Decision Processes Center (University of Pennsylvania). His research contributes to a better understanding of decision making in general and of entrepreneurial as well as innovative decision making. He is currently working on novel foundations and perspectives for the decision sciences. His research is mainly based on laboratory experiments, economic psychology and mathematical psychology, as well as quantum mechanics.