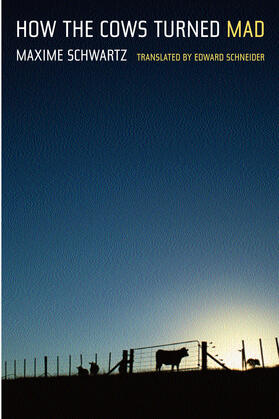 Fear of mad cow disease, a lethal illness transmitted from infected beef to humans, has spread from Europe to the United States and around the world. Originally published to much acclaim in France, this scientific thriller, available in English for the first time and updated with a new chapter on developments in 2001, tells of the hunt for the cause of an enigmatic class of fatal brain infections, of which mad cow disease is the latest incarnation. In gripping, nontechnical prose, Maxime Schwartz details the deadly manifestations of these diseases throughout history, describes the major players and events that led to discoveries about their true nature, and outlines our current state of knowledge. The book concludes by addressing the question we all want answered: should we be afraid?

The story begins in the eighteenth century with the identification of a mysterious illness called scrapie that was killing British sheep. It was not until the 1960s that scientists understood that several animal and human diseases, including scrapie, were identical, and together identified them as transmissible spongiform encephalopathy (TSE). The various guises assumed throughout history by TSE include an illness called kuru in a cannibalistic tribe in Papua New Guinea, an infectious disease that killed a group of children who had been treated for growth hormone deficiencies, and mad cow disease. Revealing the fascinating process of scientific discovery that led to our knowledge of TSE, Schwartz relates pivotal events in the history of biology, including the Pasteurian revolution, the birth of genetics, the emergence of molecular biology, and the latest developments in biotechnology. He also explains the Nobel Prize–winning prion hypothesis, which has rewritten the rules of biological heredity and is a key link between the distinctive diseases of TSE.

Up-to-date, informative, and thoroughly captivating, How the Cows Turned Mad tells the story of a disease that continues to elude on many levels. Yet science has come far in understanding its origins, incubation, and transmission. This authoritative book is a stunning case history that illuminates the remarkable progression of science.

Schwartz, Maxime
Maxime Schwartz, a molecular biologist, is Professor at the Institut Pasteur in Paris, which he headed from 1988 to 1999. He is also Director of Research at the Centre national de la recherche scientifique (CNRS) and is currently serving as Director of Laboratories of the French agency for food safety (AFSSA). He is the author of many scientific papers and Pasteur, des microbes au vaccin (1999, with Annick Perrot).