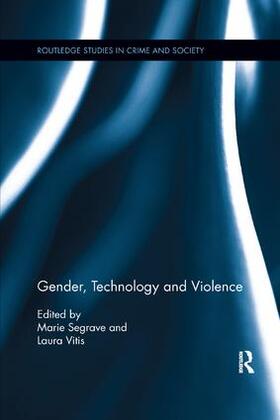 Technological developments move at lightening pace and can bring with them new possibilities for social harm. This book brings together original empirical and theoretical work examining how digital technologies both create and sustain various forms of gendered violence and provide platforms for resistance and criminal justice intervention.
This edited collection is organised around two key themes of facilitation and resistance, with an emphasis through the whole collection on the development of a gendered interrogation of contemporary practices of technologically-enabled or enhanced practices of violence.
Addressing a broad range of criminological issues such as intimate partner violence, rape and sexual assault, online sexual harassment, gendered political violence, online culture, cyberbullying, and human trafficking, and including a critical examination of the broader issue of feminist ‘digilantism’ and resistance to online sexual harassment, this book examines the ways in which new and emerging technologies facilitate new platforms for gendered violence as well as offering both formal and informal opportunities to prevent and/or respond to gendered violence.

Segrave, Marie
Marie Segrave is an ARC DECRA Fellow researching unlawful migrant labour, exploitation and regulation. She is an Associate Professor in Criminology at Monash University and leads the Trafficking and Labour Exploitation research agenda of the Border Crossing Observatory (http://artsonline.monash.edu.au/thebordercrossingobservatory/) and is a researcher with the Monash Gender and Family Violence Focus Program. She researches migration, gender, violence and regulation in many forms.

Laura Vitis is a Lecturer in Criminology at the University of Liverpool in Singapore. Her research focuses on the regulation of and resistance to gendered violence facilitated by technology, youth sexting and the role of risk in the Sex Offender Register.