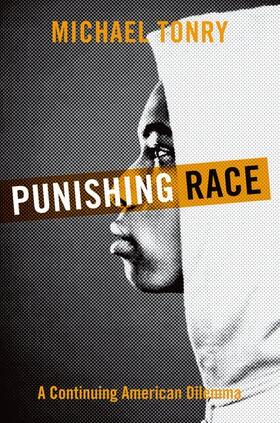 How can it be, in a nation that elected Barack Obama, that one third of African American males born in 2001 will spend time in a state or federal prison, and that black men are seven times likelier than white men to be in prison? Blacks are much more likely than whites to be stopped by the police, arrested, prosecuted, convicted, and imprisoned, and are much less likely to have confidence in justice system officials, especially the police.

In Punishing Race, Michael Tonry demonstrates in lucid, accessible language that these patterns result not from racial differences in crime or drug use but primarily from drug and crime control policies that disproportionately affect black Americans. These policies in turn stem from a lack of white empathy for black people, and from racial stereotypes and resentments provoked partly by the Republican Southern Strategy of using coded "law and order" appeals to race to gain support from
white voters. White Americans, Tonry observes, have a remarkable capacity to endure the suffering of disadvantaged black and, increasingly, Hispanic men. Crime policies are among a set of social policies enacted since the 1960s that have maintained white dominance over black people despite the end of legal
discrimination. To redress these injustices, Tonry offers a number of proposals: stop racial profiling by the police, shift the emphasis of drug law enforcement to treatment and prevention, eliminate mandatory sentencing laws, and change sentencing guidelines to allow judges discretion to take account of offenders' life circumstances. Those proposals are all attainable and would all reduce unjustifiable racial disparities and the collateral human and social harms they cause.

"Michael Tonry's discussion and explanation of the racial disparities in prison, including black arrests for drug offenses, will change the way we think about fairness in our criminal justice system. Punishing Race is replete with original insights on how contemporary crime and drug policies have been shaped by a political climate that reflects America's unique history of race relations. Tonry documents the adverse racial effects of these policies and shows how they can be changed to
do less unnecessary future harm to African Americans. This authoritative book is a must read."-William Julius Wilson, Lewis P. and Linda L. Geyser University Professor, Harvard University

"With Punishing Race, Michael Tonry has once again shown us why he must be counted among America's foremost criminologists. The topic of this book could not be more important, its appearance at this moment could not be more timely, nor could Tonry's mastery of his subject be more impressively complete. If you want to understand the historical, political, and sociological roots of the mess we Americans have gotten ourselves into with our criminal justice policies, and if you want help
in thinking about how we might get out of that mess, then you simply must read this book."-Glenn Loury, Merton P. Stoltz Professor of the Social Sciences, Professor of Economics and of Public Policy, Brown University

"Punishing Race dramatically shows how politicians, playing on a long history of deeply troubled race relations, set up a criminal justice system that actively over-incarcerates blacks and Latinos, and thus disadvantages and disenfranchises too many minority Americans. Michael Tonry offers wise, valuable, and practical ideas on how to reform criminal justice policies and truly ensure freedom and justice for all."-Anthony D. Romero, Executive Director of the American Civil Liberties
Union

General readers, students, and scholars interested in the state of American race relations, issues of racial and social justice, sociology, criminology, criminal justice, and the law.

Tonry, Michael
Michael Tonry is Professor of Law and Public Policy at the University of Minnesota Law School, and Senior Fellow at the Netherlands Institute for the Study of Crime and Law Enforcement at Free University in Amsterdam.