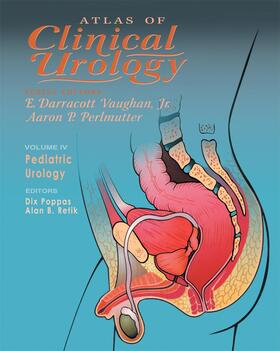 As urology enters the 21st century, it is appropriate that the Atlas of vena caval surgery are clearly illustrated and are combined with Clinical Urology series captures and explains the major areas of an understanding of the appropriate patient populations for these modern urologic practice using a unique combination of images, procedures. This section also includes the management of benign schematics, tables, and algorithms. It does so in a compelling and malignant adrenal disorders. Michael Marberger has assem­ fashion, by combining a multilevel approach that includes the indi­ bled an extremely diverse and important set of noncancerous vidual volumes and the internet. Urology is a specialty of great diseases of the kidney. Nephrolithiasis management is covered breadth, and visual images provide much of the backbone of from medical therapy to endoscopy to incisional surgery. The urologic diagnosis and endoscopy and are key to surgical tech­ important role that laparoscopy has established in both excisional nique. The increasingly complex diagnostic and treatment paths are and reconstructive renal surgery is visually depicted and best depicted and understood as visual algorithms. explained. The evolution of the techniques illustrated in this The editors of this five-volume series have not only contributed section will likely provide the basis for renal intervention in the their world-renowned expertise to the chapters but have also 21st century. assembled an outstanding group of individual chapter authors.