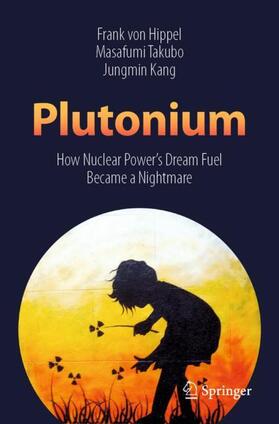 This book provides a readable and thought-provoking analysis of the issues surrounding nuclear fuel reprocessing and fast-neutron reactors, including discussion of resources, economics, radiological risk and resistance to nuclear proliferation. It describes the history and science behind reprocessing, and gives an overview of the status of reprocessing programmes around the world. It concludes that such programs should be discontinued.

While nuclear power is seen by many as the only realistic solution to the carbon emission problem, some national nuclear establishments have been pursuing development and deployment of sodium-cooled plutonium breeder reactors, and plutonium recycling. Its proponents argue that this system would offer significant advantages relative to current light water reactor technology in terms of greater uranium utilization efficiency, and that separating out the long-lived plutonium and other transuranics from spent fuel and fissioning them in fast reactors would greatly reduce the duration of the toxicity of radioactive waste. However, the history of efforts to deploy this system commercially in a number of countries over the last six decades has been one of economic and technical failure and, in some cases, was used to mask clandestine nuclear weapon development programs.

Covering topics of significant public interest including nuclear safety, fuel storage, environmental impact and the spectre of nuclear terrorism, this book presents a comprehensive analysis of the issue for nuclear engineers, policy analysts, government officials and the general public.

"Frank von Hippel, Jungmin Kang, and Masafumi Takubo, three internationally renowned nuclear experts, have done a valuable service to the global community in putting together this book, which both historically and comprehensively covers the “plutonium age” as we know it today. They articulate in a succinct and clear manner their views on the dangers of a plutonium economy and advocate a ban on the separation of plutonium for use in the civilian fuel cycle in view of the high proliferation and nuclear-security risks and lack of economic justification." (Mohamed ElBaradei, Director General, International Atomic Energy Agency (1997-2009), Nobel Peace Prize (2005))
"The 1960s dream of a ‘plutonium economy’ has not delivered abundant low-cost energy, but instead has left the world a radioactive legacy of nuclear weapons proliferation and the real potential for nuclear terrorism. Kang, Takubo, and von Hippel explain with power and clarity what can be done to reduce these dangers. The governments of the remaining countries whose nuclear research and development establishments are still pursuing the plutonium dream should pay attention.” (Senator Edward Markey, a leader in the US nuclear-disarmament movement as a member of Congress since 1976)
"The authors have done an invaluable service by putting together in one place the most coherent analysis of the risks associated with plutonium, and the most compelling argument for ending the practice of separating plutonium from spent fuel for any purpose. They have given us an easily accessible history of the evolution of thinking about the nuclear fuel cycle, the current realities of nuclear power around the world and, arguably most important, a clear alternative path to deal with the spent fuel arising from nuclear reactors for decades to centuries to come." (Robert Gallucci, Chief US negotiator with North Korea (1994); Dean, Georgetown University School of Foreign Service (1996-2009); President, MacArthur Foundation (2009-2014))

Takubo, Masafumi
Jungmin Kang is a member the International Panel on Fissile Materials and a consultant for Princeton University's Program on Science and Global Security and the Natural Resources Defense Council in Washington, DC. Kang received a Ph.D. in nuclear engineering from University of Tokyo, Japan, and M.S. and B.S. degrees in nuclear engineering from Seoul National University, South Korea. Kang worked in Princeton University's Program on Science and Global Security in 1998-2000 and Center for International Security and Cooperation, Stanford University in 2006-2008. Kang was a senior research fellow at the Natural Resources Defense Council in 2015-2017. Previously, Kang spent four years at the Korea Advanced Institute of Science and Technology in Daejeon, South Korea, as a visiting professor. During 2018, Kang served as the Chairman of South Korea's Nuclear Safety and Security Commission.