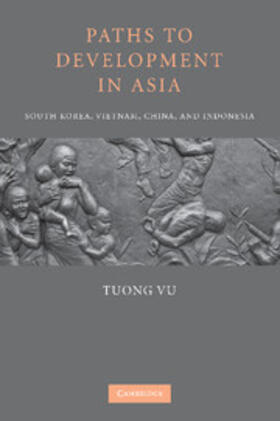 Vu Paths to Development in Asia

Vu Paths to Development in Asia

Why have some states in the developing world been more successful at facilitating industrialization than others? Challenging theories that privilege industrial policy and colonial legacies, this book focuses on state structure and the politics of state formation, arguing that a cohesive state structure is as important to developmental success as effective industrial policy. Based on a comparison of six Asian cases, including both capitalist and socialist states with varying structural cohesion, Tuong Vu proves that it is state formation politics rather than colonial legacies that have had decisive and lasting impacts on the structures of emerging states. His cross-national comparison of South Korea, Vietnam, Republican and Maoist China, and Sukarno's and Suharto's Indonesia, which is augmented by in-depth analyses of state formation processes in Vietnam and Indonesia, is an important contribution to understanding the dynamics of state formation and economic development in Asia.

Vu, Tuong
Tuong Vu is an Assistant Professor of Comparative Politics in the Department of Political Science at the University of Oregon. He co-edited (with Erik Kuhonta and Dan Slater) Southeast Asia in Political Science: Theory, Region and Qualitative Analysis (2008) and (with Wasana Wongsurawat) Dynamics of the Cold War in Asia: Ideology, Identity, and Culture (2010). His articles have appeared in numerous scholarly journals, including World Politics, the Journal of Southeast Asian Studies, Studies in Comparative International Development, and Theory and Society, and he is a member of the editorial board of the Journal of Vietnamese Studies.