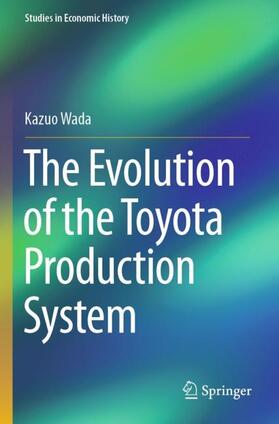 Wada The Evolution of the Toyota Production System

Wada The Evolution of the Toyota Production System

1 Introduction.- 2 Acceptance of the Ford Production System by Japanese Manufacturing Industries.- 3 The Foundation of the Japanese Automobile Manufacturing Industry: Attempts to Adopt Ford's Production System.- 4 Establishing Flow Production at Toyota: Collecting the Data on Shop Floors and its Use.- 5 Findings of Two Toyota Executives.- 6 The Emergence of Flow Production at Toyota.- 7 Quality and its Assurance.- 8 Computerization of the Management of Toyota as a Group.- 9 Conclusion.

Wada, Kazuo
Kazuo Wada is a professor emeritus of The University of Tokyo. He also taught at Nanzan University and Tokaigakuen University. Prof. Wada obtained his Ph.D. in economic history at the University of London (London School of Economics) in 1989. He edited Fordism Transformed: The Development of Production Methods in the Automobile Industry (Oxford University Press, 1996) with Haruhito Shiomi. He also compiled and edited Corpus of Kiichiro Toyoda's Documents (Nagoya University Press, 1999). He published Courage and Change: The Life of Kiichiro Toyoda (Toyota Motor Corporation, 2009) with Tsunehiko Yui. His research interests include international comparisons and long-term changes. His recent achievements include The Fable of Manufacturing: From Ford to Toyota (Nagoya University Press, 2009), Beyond Manufacturing: From Imitation to Building Toyota's Individuality (Nagoya University Press, 2013) and "Automobiles", with Patrck Friedenson, in The Routledge Companion to the Makers of Global Business (2020)..