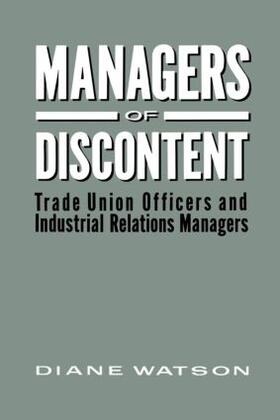 In today's political climate the status and future of the trade unions are subjects of particular interest. Yet apart from national leaders of major unions little is known about full-time trade union officers.
In Managers of Discontent Diane Watson draws on a rich fund of material, based on extensive interviews and observation, to examine the role of trade union officers, comparing them with their managerial counterparts in three industrial sectors. Her lively and interesting interview material, by allowing the people studied to speak for themselves, raises a series of challenging questions about the future of trade unions.