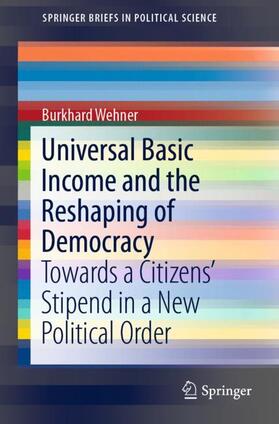 Wehner Universal Basic Income and the Reshaping of Democracy

Towards a Citizens' Stipend in a New Political Order

Wehner Universal Basic Income and the Reshaping of Democracy

Wehner, Burkhard
Burkhard Wehner is an independent scholar and theorist in economics and political science. He has developed alternative theories and political concepts of democracy, social and monetary policy, and the labor market. He also writes fiction on related subjects.