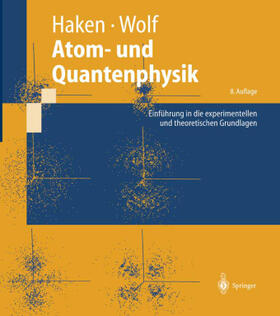 Wolf, Hans Christoph
Hermann Haken is Professor of the Institute for Theoretical Physics at the University of Stuttgart. He is known as the founder of synergetics. His research has been in nonlinear optics (in particular laser physics), solid state physics, statistical physics, and group theory. After the implementation of the first laser in 1960, Professor Haken developed his institute to an international center for laser theory. The interpretation of the laser principles as self organization of non equilibrium systems paved the way to the development of synergetics, of which Haken is recognized as the founder. Hermann Haken has been visiting professor or guest scientist in England, France, Japan, USA, Russia, and China. He is the author of some 23 textbooks and monographs that cover an impressive number of topics from laser physics to synergetics, and editor of a book series in synergetics. For his pathbreaking work and his influence on academic research, he has been awarded many-times. Among others, he is member of the Order "Pour le merite" and received the Max Planck Medal in 1990.