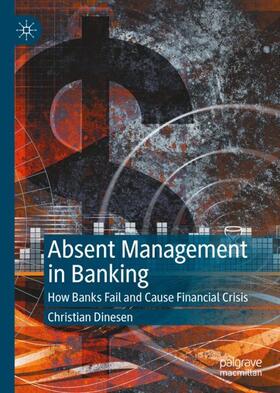 How Banks Fail and Cause Financial Crisis

Offering a historical analysis of management in banking from the Medici to present day, this book explores how banks can cause devastating financial crisis when they fail. Rather than labelling management as ‘good’ or ‘bad’, the author focuses on the concept of absent management, which can occur as a result of complexity. The complexity of banking, which intensified alongside the phenomenal growth of banks in the 20th and 21st centuries, resulted in banks that are mismanaged or, at times, even unmanaged. Drawing on business school case studies including Barings and Lehman Brothers, this book showcases how absent management in banking has caused crises, depressions and recessions, and how ultimately it will continue to do so.

Dinesen, Christian
Christian Dinesen worked for a global investment bank during the 2008 financial crisis. In addition to his 35 years of experience in financial markets and management consultancy, he studied Economic History at the London School of Economics and Political Science, UK.