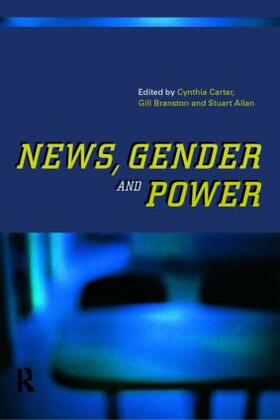 How do gender relations affect the practice of journalism? Despite the star status accorded to some women reporters, and the dramatic increase in the number of women working in journalism, why do men continue to occupy most senior management positions? And why do female readers, viewers and listeners remain as elusive as ever? News, Gender and Power addresses the pressing questions of how gender shapes the forms, practice, institutions and audiences of journalism. The contributors, who include John Hartley, Pat Holland, Jenny Kitzinger and Myra Macdonald, draw on feminist theory and gender-sensitive critiques to explore media issues such as: * ownership and control* employment and occupation status* the representation of women in the media* the sexualization of news and audience research. Within this framework the contributors explore media coverage of: * the trial of O. J. Simpson* British beef and the BSE scandal* the horrific crimes of Fred and Rosemary West* child sexual abuse and false memory syndrome* the portrayal of women in TV documentaries such as Modern Times and Cutting Edge.