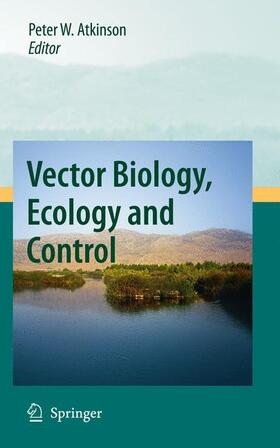 Mir S. Mulla joined the faculty of the Entomology Department at the University of California, Riverside in 1956, only two years after the Riverside campus was established as an independent campus within the University of California system. Prior to his appointment, Mir received his B.S. from Cornell University and then moved to the University of California, Berkeley to pursue his graduate studies. His Ph.D. from Berkeley, awarded in 1955, completed his formal American education which was the purpose of his immigration from his native Kandahar in Afghanistan. In his over 50 years at Riverside, Mir has made an incalculable impact on vector biology both within the United States and in developing countries throughout the world. Within Southern California, Mir’s basic and applied research led to the rapid and sustainable control of mosquitoes and eye gnats in the Coachella Valley and so directly enabled this region to grow to the thriving, large community it is today. In 2006 his efforts in facilitating the development of the low desert of southern California were recognized through the dedication of the Mir S. Mulla Biological Control Facility by the Coachella Valley Mosquito and Vector Control District. His success has been so profound that it remains somewhat cryptic to the many who now reside in, visit, and enjoy, this region of California, oblivious to the insect problems that severely restrained development until Mir and his students ?rst applied their expertise many decades ago.

Global Perspectives on Vector-Borne Disease.- The Role of Global Climate Patterns in the Spatial and Temporal Distribution of Vector-Borne Disease.- The DDT Story: Environmentalism Over Rights to Health and Life.- Vector-Borne Diseases in the 21st Century: Counting Up or Counting Down?.- Emerging and Invasive Vector-Borne Diseases.- The Global Threat of Emergent/Re-emergent Vector-Borne Diseases.- The Need for Synergy and Value Creation in Contemporary Vector Research and Control.- "Dramas" Down-Under: Changes and Challenges in Australia.- Arboviruses and Their Control in the Field.- Novel Strategies to Control Aedes aegypti and Dengue.- Dengue Haemorrhagic Fever in Thailand: Current Incidence and Vector Management.- Using "Mulla's Formula" to Estimate Percent Control.- Longitudinal Field Studies Will Guide a Paradigm Shift in Dengue Prevention.- Recombinant Bacterial Larvicides for Control of Important Mosquito Vectors of Disease.- Pest Management and Outreach in Disease Endemic Regions and in the United States: Practical, Novel and Attainable Strategies for Vector Control.- Current Prospects for the Control of the Vectors of Malaria and Filariasis.- Unraveling a Complex Transmission Cycle: Implications for Control.- Sustainable Mosquito Control in California: A Template for the World.- The Rhine Larviciding Program and Its Application to Vector Control.- Integrated Malaria Management.- Erratum.