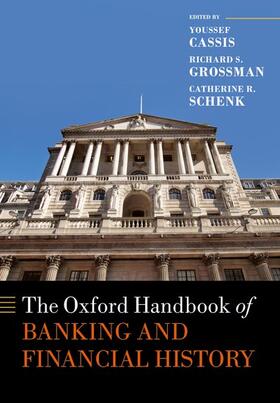 The financial crisis of 2008 aroused widespread interest in banking and financial history among policy makers, academics, journalists, and even bankers, in addition to the wider public. References in the press to the term 'Great Depression' spiked after the failure of Lehman Brothers in November 2008, with similar surges in references to 'economic history' at various times during the financial turbulence.

In an attempt to better understand the magnitude of the shock, there was a demand for historical parallels. How severe was the financial crash? Was it, in fact, the most severe financial crisis since the Great Depression? Were its causes unique or part of a well-known historical pattern? And have financial crises always led to severe depressions?

Cassis, Youssef
Youssef Cassis is Professor of Economic History at the European University Institute. His work mainly focuses on banking and financial history, as well as business history more generally. His most recent publications include Capitals of Capital: A History of International Financial Centres, 1780-2005, (Cambridge University Press, 2006, 2nd revised edition, 2010), Crises and Opportunities: The Shaping of Modern Finance (Oxford University Press,
2011); and, with Philip L. Cottrell, Private Banking in Europe: Rise, Retreat and Resurgence (Oxford University Press, 2015). He was the cofounder, in 1994, of Financial History Review (Cambridge University Press). He was also a member of the Academic Advisory Council of the European Association for Banking and Financial
History and past President (2005-2007) of the European Business History Association.

Richard S. Grossman is Professor of Economics at Wesleyan University and a Visiting Scholar at the Institute for Quantitative Social Science at Harvard University. He is the author of Unsettled Account: The Evolution of Banking in the Industrialized World since 1800 (Princeton, 2010) and WRONG: Nine Economic Policy Disasters and What We Can Learn from Them (Oxford, 2013). He is a research fellow of the Centre for Economic Policy Research in London, a research network fellow of
CESifo in Munich, and an associate editor for socioeconomics, health policy, and law at the journal Neurosurgery. He has held visiting positions at the US Department of State, Yale University, and the Hebrew University of Jerusalem, and his research has been supported by the National Science Foundation, the German
Marshall Fund of the United States and the Guggenheim Foundation.