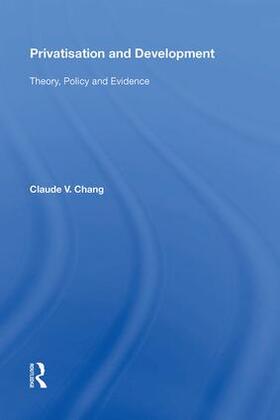 The book interrogates privatisation in terms of its effectiveness vis-à-vis its stated goals and more fundamentally in terms of its success in delivering economic development. It investigates why privatisation was successful in the UK and other OECD countries and why it has not met with equal success in developing countries. In this regard, it further examines the policy prescriptions of the IMF and World Bank in relation to the conceptualised benefits and theoretical assumptions underlying these supposed benefits. The author assesses the extent to which culture and customs, indeed the mode of production, stand in determinate relationship to the goals, techniques and outcome of the process. Furthermore, Chang examines the degree to which socioeconomic and moral consequences of privatisation have been ignored in pursuit of the ideological imperative implicit in the Washington Consensus. Hence, the book contributes to the reflective thought that must necessarily be part of theory validation, and provides the basis for a balanced and empirically-valid theory of privatisation.