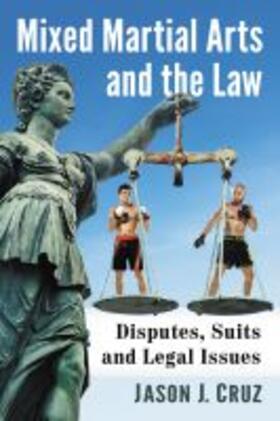 Barbaric. Savage. Violent. Words often used by critics to describe the sport of mixed martial arts. To this can be added lucrative, popular and flourishing. MMA has seen astronomical growth since the 2000s, spurred on by its biggest promotion, the Ultimate Fighting Championships (UFC). Along the way, legal issues have plagued the sport. This book provides an overview of the most important cases and controversies arising both inside and outside of the cage—antitrust suits by fighters against promoters, fighters suing other fighters, drug testing, contractual issues, and the need for federal regulation.

Cruz, Jason J.
Jason J. Cruz is an attorney and writer based in Bellevue, Washington. He owns Cruz Law, PLLC where he practices business law and also writes for MMA Payout, a web site dedicated to the legal and business aspects of combat sports.