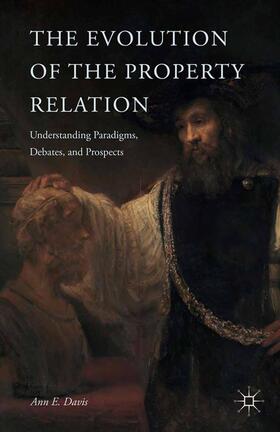 Davis The Evolution of the Property Relation

Davis The Evolution of the Property Relation

Evolution of the Property Relation defines an approach to economics which is centered around the concept of property and explores the historical evolution of the relationship of the individual, private property, and the state, and the distinctive changes wrought by the emergence of the market.

Davis, A.
Ann E. Davis is Associate Professor of Economics at Marist College, USA, where she founded the Marist College Bureau of Economic Research. She served as Director of the National Endowment of Humanities Summer Institute on the Meanings of Property in June, 2014. She has served as an elected board member of the Eastern Economic Association and the Union for Radical Political Economics. Her publications have appeared in Science and Society, Journal of Economic Issues, Review of Radical Political Economics, as well as many book chapters.