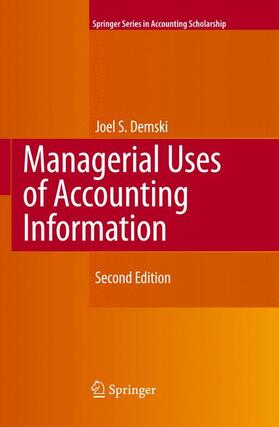 The second edition of Dr. Demski’s book reflects his experiences teaching undergraduates, masters and doctoral students. He emphasizes economic fundamentals as the guiding foundation coupled with an artful application of those fundamentals. This applies to product costing, decision making and evaluation art. Dr. Demski has also removed a great deal of traditional minutiae, in order to keep this theme in constant focus. This thematic approach, in his experience, works in dramatic fashion, and stands in sharp contrast to more traditional presentations of this material. The book is not only for use as a textbook but also as a reference book.