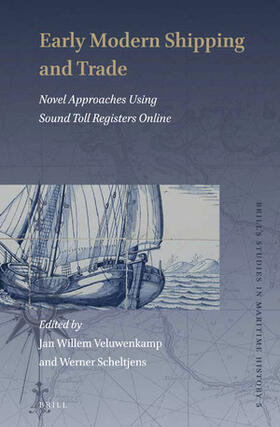 Early modern trade and shipping through the Danish Sound has attracted the interest of many historians since a long time. A prominent reason for this is that the route via the Sound connected Europe’s main economies with the economically important Baltic Sea region. The other reason why trade and shipping through the Sound attracted the attention of so many scholars is the fact that they are so very well documented by the Sound Toll Registers (STR): the records of the toll levied by the king of Denmark on the passage of ships through the Sound. Although the Sound Toll Registers have always been widely known as crucial, their sheer volume and detail make them virtually impossible to handle. To make the STR fully and quickly accessible to researchers, the online database Sound Toll Registers Online (STRO) has been called into existence. Since 2010, STRO has been becoming gradually available. The articles collected in this volume are examples of the kind of research that can be done with STRO, how it boosts the writing of the history of European maritime transport and trade, and how its use contributes to our knowledge of that history.

Veluwenkamp, Jan Willem
Jan Willem Veluwenkamp, Ph.D. (1981), was associate professor of early modern history at the University of Groningen until he retired in 2017. He has published on commercial history, including Archangel. Nederlandse ondernemers in Rusland, 1550-1785 (Amsterdam, 2000).

Werner Scheltjens, Ph.D. (2009), is assistant professor at the University of Leipzig. He has published widely on preindustrial maritime history, including Dutch Deltas. Emergence, functions and structure of the Low Countries maritime transport system ca. 1300-1850 (Brill, 2015).