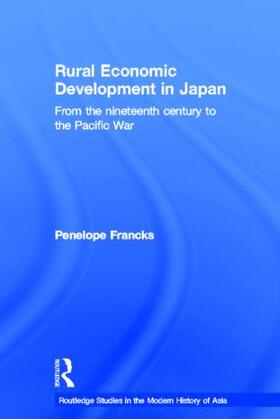 From the Nineteenth Century to the Pacific War

In the historical literature on Japan, rural people have tended to be regarded as the exploited victims of the industrialisation process. This book provides an alternative view of the role and significance of the rural economy in Japan’s emergence as an economic power prior to World War II.
Using theories and approaches derived from development studies and economic history the book describes the nineteenth-century development of a diversified, proto-industrial rural economy, focusing on the strategies employed by households as they sought to secure and improve their livelihoods. The book argues that rural people, through their ‘industrious revolution’, played an active part in determining the course of Japan’s agrarian transition and, eventually, the distinctive features of industrial Japan’s political economy, with the result that rural life still figures largely in the reality and imagination of contemporary Japan.