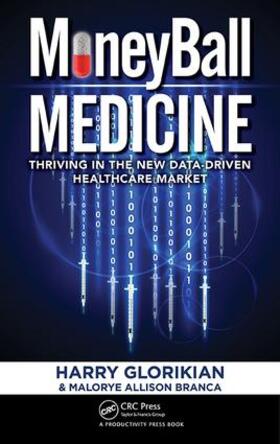 How can a smartwatch help patients with diabetes manage their disease? Why can’t patients find out prices for surgeries and other procedures before they happen? How can researchers speed up the decade-long process of drug development? How will "Precision Medicine" impact patient care outside of cancer? What can doctors, hospitals, and health systems do to ensure they are maximizing high-value care? How can healthcare entrepreneurs find success in this data-driven market?
A revolution is transforming the $10 trillion healthcare landscape, promising greater transparency, improved efficiency, and new ways of delivering care. This new landscape presents tremendous opportunity for those who are ready to embrace the data-driven reality. Having the right data and knowing how to use it will be the key to success in the healthcare market in the future. We are already starting to see the impacts in drug development, precision medicine, and how patients with rare diseases are diagnosed and treated. Startups are launched every week to fill an unmet need and address the current problems in the healthcare system. Digital devices and artificial intelligence are helping doctors do their jobs faster and with more accuracy.
MoneyBall Medicine: Thriving in the New Data-Driven Healthcare Market, which includes interviews with dozens of healthcare leaders, describes the business challenges and opportunities arising for those working in one of the most vibrant sectors of the world’s economy. Doctors, hospital administrators, health information technology directors, and entrepreneurs need to adapt to the changes effecting healthcare today in order to succeed in the new, cost-conscious and value-based environment of the future. The authors map out many of the changes taking place, describe how they are impacting everyone from patients to researchers to insurers, and outline some predictions for the healthcare industry in the years to come.

Glorikian, Harry
Harry Glorikian is an influential global business expert with more than three decades of experience building successful ventures in North America, Europe, Asia and the rest of the world. Harry is well known for achievements in life sciences, healthcare, diagnostics, healthcare IT and the convergence of these areas. He is a sought-after speaker, frequently quoted in the media, and regularly asked to assess, influence, and be part of innovative concepts and trends. He holds four US patents in telecommunications, and has others pending.
He currently serves as General Partner at New Ventures Funds. Before joining New Ventures Funds, he served as an Entrepreneur In Residence to GE Ventures – New Business Creation Group. He currently serves on the board of GeneNews Ltd. (a molecular diagnostic company). He also serves on the advisory board of Evidation Health (a digital health startup launched with support from GE Ventures), and several other companies. He is also a co-founder and an advisory board member of DrawBridge Health (a revolutionary diagnostics startup launched with support from GE Ventures).
Previously he co-founded and held the position of managing director and head of consulting services for Scientia Advisors, a company that became the go-to provider of strategic advice and implementation services for next-generation healthcare and life science innovators and Global 25 market leaders. Scientia Advisors was acquired by Precision for Medicine in November of 2012. Among his other professional roles, Mr. Glorikian served as senior manager for global business development at PE Applied Biosystems, founded X-Cell Laboratories, managed global sales at Signet Laboratories and held various roles at BioGenex Laboratories.
Mr. Glorikian holds an MBA from Boston University and a bachelor's degree from San Francisco State University. Harry has addressed the National Institutes of Health, Molecular Medicine Tri-Conference, World Theranostics Congress and other audiences, worldwide. He has authored numerous articles for industry publications, appeared on CBS Evening News and been quoted regularly by Dow Jones, The Boston Globe, BioWorld Today, Los Angeles Times, London Independent, Medical Device Daily, Science Magazine, Genetic Engineering News and many other media outlets. He is also the Author of two books: Commercializing Novel IVD’s; A Comprehensive Manual for Success and MoneyBall Medicine: Thriving in the New Data-Driven Healthcare Market.
Malorye Allison Branca is an award-winning medical science writer, reporting on healthcare topics for more than 20 years. With a focus on new technologies, she tracks their impact on medical progress, from drug discovery to healthcare delivery. Branca’s work has been published in Nature Biotechnology, Science, Harvard Magazine, Bio-ITWorld, Nature Reviews: Drug Discovery, and Pink Sheet: Pharma Intelligence. She has also helped craft editorials that have appeared in Xconomy, the Financial Times, and The Wall Street Journal. While at Bio-ITWorld, she won the Jessie H. Neal National Business Journalism Award and the ASBPE (American Society of Business Publication Editors) Gold prize.Branca has collaborated on books, research articles, and opinion pieces with dozens of experts, including a Nobel Peace Laureate and several executives—such as the co-founder of a major medical device company, the chancellor of a medical school, a former VP of health benefits at Walmart, and the founder of a biotech investment fund. She has also produced materials for the international nonprofit groups Grameen Bank, Grameen Healthcare, and Grameen VidaSana.