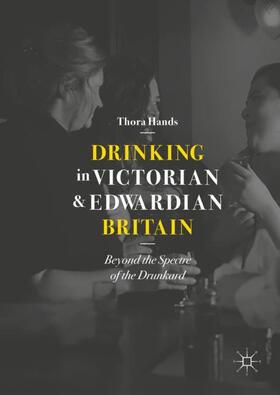 Beyond the Spectre of the Drunkard

This open access book surveys drinking in Britain between the Licensing Act of 1869 and the wartime regulations imposed on alcohol production and consumption after 1914. This was a period marked by the expansion of the drink industry and by increasingly restrictive licensing laws. Politics and commerce co-existed with moral and medical concerns about drunkenness and combined, these factors pushed alcohol consumers into the public spotlight. Through an analysis of public and private records, medical texts and sociological studies, the book investigates the reasons why Victorians and Edwardians consumed alcohol in the ways that they did and explores the ideas about alcohol that circulated in the period. This book shows that they had many reasons for purchasing and consuming alcoholic substances and these were driven by broader social, cultural, medical and commercial factors. Although drunkenness may have been the most visible consequence of alcohol consumption, it was not the only type of drinking behaviour. Alcohol played an important social role in the everyday lives of Victorians and Edwardians where its consumption held many different meanings.

Thora Hands completed her PhD in History at the University of Strathclyde and is currently a Lecturer in Social Sciences at City of Glasgow College, UK.