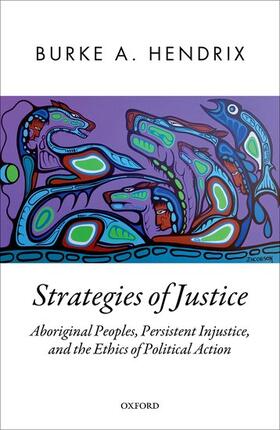 Aboriginal Peoples, Persistent Injustice, and the Ethics of Political Action

Political theorists often imagine themselves as political architects, asking what an ideal set of laws or social structures might look like. Yet persistent injustices can endure for decades or even centuries despite such ideal theorizing. In circumstances of this kind, it is essential for political theorists to think carefully about the political choices available to those who directly face such injustices and seek to change them.

This book focuses on the claims of Aboriginal peoples to better treatment from the United States and Canada. Though other groups face similarly persistent injustices (e.g. African Americans in the United States), the specific details of injustice matter a great deal for its analysis. The book focuses on two intertwined issues: the kinds of moral permissions that those facing persistent injustice have when they act politically, and the kinds of transformations that political action may bring
about in those who undertake it. The book argues for normative permissions to speak untruth to power; to circumvent or nullify existing law; to give primary attention to protecting one's own community first; and to engage in political experimentation that reshapes future generations. When carefully
used, the book argues, these permissions may help political actors to avoid co-optation and self-delusion. At the same time, divisions of labor between those who grapple most closely with state institutions and those who keep their distance may be necessary to facilitate escape from persistent injustice over the long term.

Oxford Political Theory presents the best new work in contemporary political theory. It is intended to be broad in scope, including original contributions to political philosophy, and also work in applied political theory. The series will contain works of outstanding quality with no restriction as to approach or subject matter. Series Editors: Will Kymlicka and David Miller.

Hendrix, Burke A.
Burke Hendrix is Associate Professor in the Department of Political Science at the University of Oregon. He writes on normative political theory, Aboriginal politics, and the history of political ideas, and is the author of Ownership, Authority, and Self-Determination: Moral Principles and Indigenous Rights Claims (Pennsylvania University Press, 2008) and co-editor (with Deborah Baumgold) of Colonial Exchanges: Political Theory and the Agency of the
Colonized (Manchester University Press, 2017).