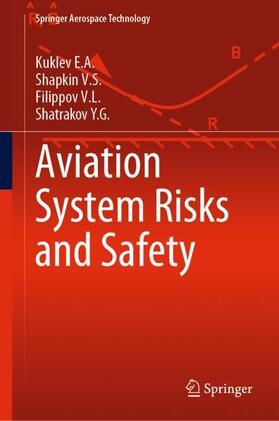 This book provides a solution to “rare event” problems without using the classical theory of reliability and theory of probability. This solution is based on the methodology of risk assessment as “measure of danger” (in keeping with the ICS RAS) and an expert approach to determining systems’ safety indications using Fuzzy Sets methods. Further, the book puts forward a new concept: “Reliability, Risks, and Safety” (RRS).

The book’s main goal is to generalize present results and underscore the need to develop an alternative approach to safety level assessment and risk management for technical (aviation) systems in terms of Fuzzy Sets objects, in addition to traditional probabilistic safety analysis (PSA). The concept it proposes incorporates ICAO recommendations regarding proactive system control and the system’s responses to various internal and external disturbances.

Chapter 1. SYSTEMS' SAFETY ASSESSMENT BASED ON THEORIES OF RELIABILITY AND PROBABILITY METHODS

1.1. Formation of the methods that provide technical safety and reliability as quality characteristics

1.3. Interconnection between categories of reliability, efficiency, and safety in complex technical systems according to classical theory of reliability

1.5. Main principles of technical systems' safety assurance according to methods of classical theory of reliability

1.5.1. Appliance of security barriers for safety oversight at potentially dangerous objects 1.5.2. Place and role of probabilistic safety analysis (PSA) in the theory of reliability

1.5.4. International standards for safety analysis and assessment (PSA) and remarks on statement discrepancies

1.6. Analysis of emergency sequences during estimation of system safety level according to PSA method in the theory of reliability

1.6.1. Design of "event trees" in the theory of reliability

1.6.2. Risk estimation in the theory of reliability as a probability of negative event

2.1.3. Possible directions for development of system safety assessment indicators based on risk methodology

2.3. The generalized provisions of TR and TSS in RRS

2.3.1. Interpretation of the initial conception of risk in terms of game theory (difference between conceptions in TR and TSS)

2.3.2. Mathematical foundation of models for risk as a "measure of danger" according to RAS

2.4. Mathematical foundation for definition of risk event and integral measure of risk in probabilistic space

2.6. Comparison of quality indicators and safety in TR and TSS

2.7. Decision-making circuit with due consideration of risks and chance during monitoring and flight safety oversight in civil aviation

2.8. Foundations of transition from TR to TSS and "fuzzy sets" of TR events like functional failures

2.9.1. Area of implementation and standardization of TSS and RRS provisions

2.9.2. Guidelines on applicability of RRS in safety management systems (SMS)

Chapter 3. THE SOLUTION TO "RARE EVENTS" PROBLEM BASED ON FUZZY SETS METHODS

3.1.1. Principle of fuzzy implication in

Kuklev E.A., Professor, Doctor of Technical Sciences, was born in 1934; and graduated from the Kazan Aviation Institute (majoring in "aircraft construction"). He is an Honored Worker of the Higher School of Russia, Laureate of the commemorative medal of the Vietnamese People's Republic (2018) for his services in the preparation of scientific aviation personnel (candidates of Technical Sciences) and for the implementation of scientific and technical projects for civil aviation in Vietnam, Head of the Mechanics department of St. Petersburg State University, and Director of the Center for Expertise and Scientific Support of Projects in St. Petersburg State University. Earlier, he was the vice-rector for research in St. Petersburg State University of Civil Aviation. He is the author of more than 300 scientific papers and inventions in the aviation field, including those for development of air transport standards, with activity management standards for transportation of goods on the external load suspension of helicopters in the interaction of helicopter groups based on ICAO requirements.

Shapkin V.S., Professor, Doctor of Technical Sciences, graduated from Moscow Institute of Civil Aviation Engineers (1984). He is a Laureate of the Russian Federation Government Prize in Science and Technology, an Honored Transport Worker of the Russian Federation, and Director General of FSUE State Research Institute of Civil Aviation (FSUE GosNII GA). He is also an Expert of the Federal Air Transport Agency, Federal Service on supervision in the sphere of transport of the Russian Ministry of Transport, and the Interstate Aviation Committee. His area of specialisation includes air transport and aircraft strength. He is also the author of more than 200 scientific works.


Shatrakov Y.G., Professor, Doctor of Technical Sciences, Honored Science Worker of Russia, RATS full member, graduated from Leningrad Institute of Aviation Instrumentation and Leningrad University (Physics and Mathematics Faculty). He defended his thesis in 1966. He published more 400 monographs and textbooks on radio navigation, radiolocation, production organization. He prepared more than 100 candidates and doctors of science as a scientific adviser and scientific consultant. Scientific directions founded under the guidance of Y.G. Shatrakov are as follows: relative radio navigation; increased noise immunity of angle measuring systems due to suppression of correlation errors and interference; secondary radiolocation by individual numbers; reduction of labor intensity in the production of radio electronic products due to the introduction of flexible automated productions. He is the author including 30 patents for inventions in the field of radio technical systems; scientific supervisor of international projects for the creation of the MLS with Thomson-CSF (1980-1988), with US enterprises for the creation of joint LRNSs (long-range radio technical navigation systems) (Tropic-Loran) (1984), chief designer of on-board antenna-feed systems; founder of the correlation interference theory in aviation radio technical complexes and systems.