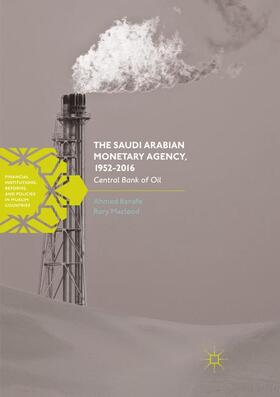 This book sheds new light on the critical importance of the Saudi Arabian Monetary Agency (SAMA), a remarkably successful central bank that is a model for developing oil exporters worldwide. As a "swing producer", Saudi Arabia has traditionally stepped in to make up for oil supply shortfalls in other OPEC countries, or to scale back their own production when overabundance might lead to a price crash. Since 2014, Saudi Arabia has changed its policy in response to the rise of American shale oil, in search of a long-term strategy that will, once again, help balance supply and demand at a steady price. In its informal dual role of central bank and sovereign wealth fund, SAMA must navigate the paradoxes faced by monoline oil producing countries: the need for diversification vs. dependence on oil-based revenue; the loss of foreign exchange reserves that follows oil-financed government spending; the unreliability of revenue from oil; the challenges of using a Western model for supervising Shariah-compliant banks; and the need to have a balancing mix of oil and financial assets. As SAMA (now the Saudi Arabian Monetary Authority) reassesses its role in 2017, this history and guide to current policy issues will prove invaluable for policymakers in oil producing economies looking to apply lessons from the past as they plan for the future.

Macleod, Rory
Ahmed Banafe is a Senior Investment Advisor at SAMA, with a career spanning forty-four years. He is the author of Saudi Arabian Financial Markets (1993) and several Bank for International Settlements papers.

Rory Macleod is Managing Director of Objective Analysis Ltd. He first served as an advisor in SAMA's investment department from 1985 to 1989 and has since worked with SAMA in various roles.