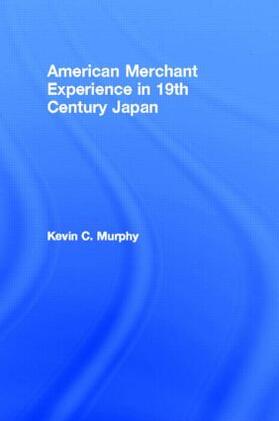 American merchants established trading firms in the ports of Yokohama, Kobe and Nagasaki which operated from 1859-1899 until the repeal of the Unequal Treaties. Members of a privileged, semi-colonial community, the merchants formed the largest group of Americans in 19th century Japan. In this first book-length treatment of this group, Kevin Murphy explores their interactions with the Japanese in the treaty port system, how the Japanese leadership manipulated them to its own ends, and how the merchants themselves defined the limitations of American business in Japan through their ambiguous but deep concern with order and opportunity, restraint and dominance, and conservatism and dominance.

4. From Frenzy to Insecurity: The Contours of Trade

5. The Price of Isolation: External Pressures

7. The Failure of Imperialism