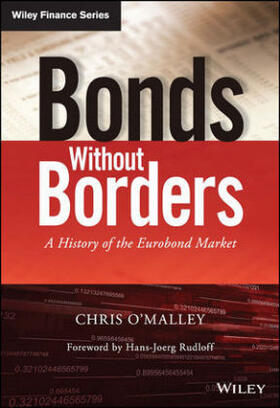 O'Malley Bonds Without Borders: A History of the Eurobond Market

O'Malley Bonds Without Borders: A History of the Eurobond Market

Bonds without Borders tells the extraordinary story of how the market developed into the principal source of international finance for sovereign states, supranational agencies, financial institutions and companies around the world. Written by Chris O'Malley - a veteran practitioner and Eurobond market expert- this important resource describes the developments, the evolving market practices, the challenges and the innovations in the Eurobond market during its first half- century. Also, uniquely, the book recounts the development of security and banking regulations and their impact on the development of the international securities markets.

In a corporate world crying out for financing, never has an understanding of the international bond markets and how they work been more important.Bonds without Bordersis therefore essential reading for those interested in economic development and preserving a free global market for capital.

O'Malley, Chris
CHRIS O'MALLEY is a Senior Advisor to the International Capital Market Association (ICMA) focusing on training and market practice initiatives. He has spent more than 35 years of his professional life in the international debt markets, specifically the Eurobond market. For a major part of his career, O'Malley managed bond sales teams: heading the London sales team for Credit Suisse First Boston and then managing sales globally for Samuel Montagu, Midland Montagu and subsequently HSBC.