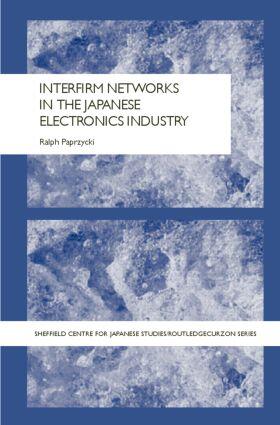 Adapting to survive in the global electronics industry

Interfirm Networks in the Japanese Electronics Industry analyses changes in production networks in the Japanese electronics industry. Japan's post-war success in the assembly industries is frequently attributed to innovative approaches to the organization of production: Japanese assemblers have tended to forge intricate networks of long-term interfirm business relationships. Traditionally, these networks have been characterized by hierarchical interfirm relationships resembling a pyramid. Paprzycki argues that as a result of global industry dynamics, such monolithic 'pyramidal' production networks have come under mounting pressure and are giving way to an increasing diversity of network arrangements. A major contributing factor is the growing cost and complexity of technology, which forces even the largest manufacturers to look beyond traditional network boundaries in order to gain access to complementary (technological) assets and capabilities.