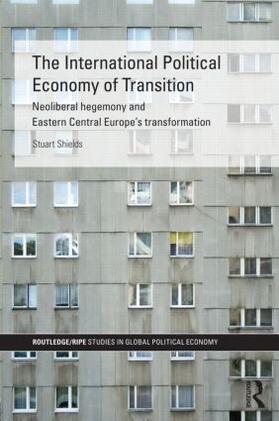 This book explores how Eastern Europe’s post-communist transition can only be understood as part of a broader interrogation of neoliberal hegemony in the global political economy, and provides a detailed historical account of the emergence of neoliberalism in Eastern Central Europe.

Adopting an innovative Gramscian approach to post-communist transition, this book charts the rise to hegemony of neoliberal social forces. Using transition in Poland as a starting point, the author traces how particular social forces most intimately associated with transnational capital successful in the struggle over competing reform strategies. Transition is broken down into three stages; the "first wave" illustrates how the rise of particular social forces shaped by global change gave rise to a neoliberal strategy of capitalism from the 1970s. It goes on to show how the political economy of Europeanization, associated with EU enlargement instilled a "second wave" of neoliberalisation. Finally, exploring recent populist and left wing alternatives in the context of the current financial crisis, the book outlines how counter-hegemonic struggle might oppose a "third wave" neoliberalisation.
The International Political Economy of Transition will be of interest to students and scholars of international political economy, post-communist studies and European politics