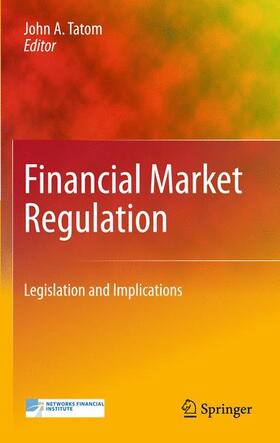 What role should regulation play in financial markets? What have been the ramifications of financial regulation? To answer these and other questions regarding the efficacy of legislation on financial markets, this book examines the impact of the Gramm Leach Bliley Act (GLBA), also called the Financial Modernization Act of 1999, which fundamentally changed the financial landscape in the United States. The GLBA allows the formation of financial holding companies that can offer an integrated set of commercial banking, securities and insurance products. The tenth anniversary of the most sweeping financial legislation reform in the industry’s structure is a natural benchmark for assessing the effects of the law and for questioning whether changes are necessary in the working of this historic legislation.

The importance of this review is reinforced by a variety of proposals in the last several years to reform the regulation of financial institutions that have attracted considerable attention among regulators and in the financial firms that they regulate. Most recently, the financial crisis and the failure of some large financial institutions have called into question the legitimacy of America’s current financial structure and its regulation, including to some degree the GLBA. There is no doubt that regulatory reform is front and center on today’s policy agenda. The lessons of the GLBA experience and its effects, both domestic and international, on financial markets and competitiveness, risk-taking and risk management by financial services firms and their regulators will be critical to the direction the country takes and the effort to ensure that future financial crises do not occur or have less costly damage. With contributions from academics, policy experts, and a sponsor of the GLBA, Congressman James Leach, this book is invaluable to anyone interested in financial system reform.

Financial Legislation: The Promise and Record of the Gramm-Leach-Bliley Act.- Did the Repeal of Glass Steagall Have Any Role in the Financial Crisis? Not guilty, not Even Close.- Glass Steagall in Our Future: How Straight, How Narrow?.- Cross-border Impact of the Financial Services Modernization Act (FSMA): Evidence from Large Foreign Banks.- Global Impact of Gramm-Leach-Bliley Act: Evidence from Insurance Industries of Developed Countries.- A Program for Minimzing the Private and Public Cost of Bank Failures.- The Importance of Monitoring and Mitigating the Safety-Net Consequences of Regulation Induced Innovation.- Redefining and Containing Systemic Risk.- I am Superman: The Federal Reserve Board and the Neverending Crisis.- How to Avoid the Next Taxpayer Bailout of the Financial System: The Narrow Banking Proposal.- Regulation of Bank Management Compensation.- The Lure of Leveraging: Wall Street, Congress and the Invisible Government.