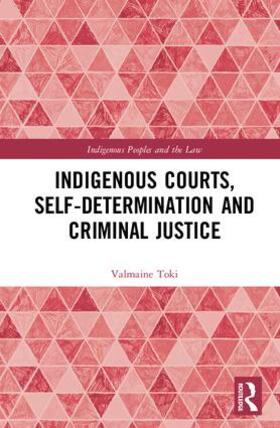 In New Zealand, as well as in Australia, Canada and other comparable jurisdictions, Indigenous peoples comprise a significantly disproportionate percentage of the prison population. For example, Maori, who comprise 15% of New Zealand’s population, make up 50% of its prisoners. For Maori women, the figure is 60%. These statistics have, moreover, remained more or less the same for at least the past thirty years. With New Zealand as its focus, this book explores how the fact that Indigenous peoples are more likely than any other ethnic group to be apprehended, arrested, prosecuted, convicted and incarcerated, might be alleviated. Taking seriously the rights to culture and to self-determination contained in the Treaty of Waitangi, in many comparable jurisdictions (including Australia, Canada, the United States of America), and also in the United Nations Declaration on the Rights of Indigenous Peoples, the book make the case for an Indigenous court founded on Indigenous conceptions of proper conduct, punishment, and behavior. More specifically, the book draws on contemporary notions of ‘therapeutic jurisprudence’ and ‘restorative justice’ in order to argue that such a court would offer an effective way to ameliorate the disproportionate incarceration of Indigenous peoples.

Toki, Valmaine
Dr Valmaine Toki is an Associate Professor in Law based at the Faculty of Law University of Waikato, New Zealand. Dr Toki was the first New Zealander appointed an Expert Member of the United Nations Permanent Forum on Indigenous Issues.