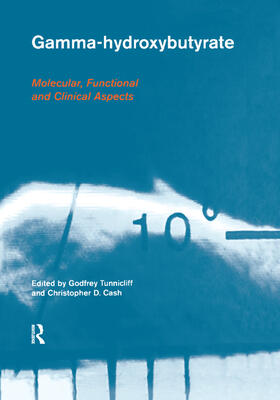 Gamma-hydroxybutyrate (GHB) has come a long way since early experiments in animals where it was found to induce a sleep-like state and from its use in general anaesthesia in human subjects. It has been found to be a naturally-occurring compound in the brain, a metabolite of GABA, the emerging ubiquitous inhibitory neurotransmitter. This has opened up a completely new line of research in an effort to establish a function for GHB.Gamma-Hydroxybutyrate: Pharmacological and Functional Aspects has brought together the combined expertise of many of the leading authorities on the biochemistry, physiology and pharmacology of GHB in the central nervous system. Each chapter is an in-depth review of the field and the book itself will appeal to all neurobiologists interested in neurotransmitter mechanisms, as well as to clinicians and other health-care workers interested in this fascinating chemical.