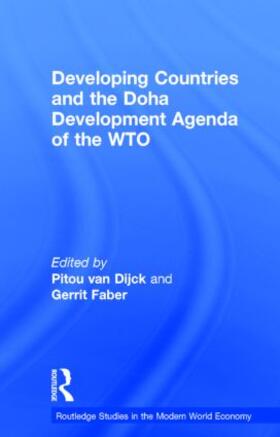 The Doha Development Agenda held the promise of substantial gains for developing countries. However, the realization of these gains is far from obvious: the interests of various groups of countries differ greatly and technical complexities have hampered further progress since the very start of the negotiations.

Against the background of the agenda of the present trade negotiations of the World Trade Organization and its slow progress, this enlightening book outlines the positions of the main players. Its central focus is to analyze the main effects of these positions and to find a way to complete the Doha Round so a meaningful contribution to its main objective i.e. development, is made. Key issues discussed include:

This timely and topical book enables the reader to monitor and evaluate the ongoing negotiations in the DDA, and is a natural follow-up to the bestselling 2001 Routledge title World Trade Organization Millennium Round edited by Deutsch and Speyer.