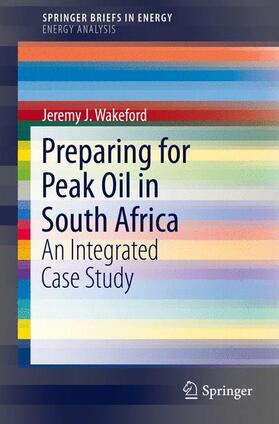 Oil is the lifeblood of modern industrial economies. Petroleum powers virtually all motorized transport, which in turn enables most economic activities and provides mobility for citizens. But oil is a finite resource that is steadily depleting. In the past decade, the phenomenon of global peak oil – the fact that annual world oil production must at some point reach a maximum and then decline – has emerged as one of the twenty-first century’s greatest challenges. South Africa imports over two-thirds of its petroleum fuels, and history has shown that oil price shocks generally translate into a weakening currency, rising consumer prices, increasing joblessness and a slow-down in economic activity. This book examines the implications of peak oil for socioeconomic welfare in South Africa and proposes a wide range of strategies and policies for mitigating and adapting to the likely impacts. It contains a wealth of data in tables and figures that illustrate South Africa’s oil dependencies and vulnerabilities to oil shocks. The material is presented from a systems perspective and is organized in key thematic areas including energy, transport, agriculture, macro-economy and society. The study highlights the risks, uncertainties and difficult choices South Africa faces if it is to tackle its oil addiction, and thereby serves as an example for researchers, planners and policy-makers in the developing world who will sooner or later confront similar challenges. This case study brings a fresh southern perspective to an issue of global importance, and shows how the era of flattening and then declining global oil supplies may be a pivotal period in which either the project of industrialization progressively runs out of steam, or societies are able to undertake a proactive transition to a more sustainable future.