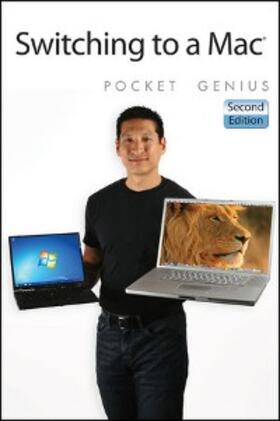 An accessible guide to using a Mac or transitioning from Windows to Mac This book helps new-to-Mac users get more comfortable with their computers. Switching to a Mac Pocket Genius guides readers in learning more about their computers, including becoming familiar with the interface, performing routine tasks, and moving data. The author wants to help users get around Mac challenges and avoid or remedy common problems they encounter.

McFedries, Paul
Paul McFedries (Toronto, Ontario) is the president of Logophilia Limited, a technical writing company. He has been programming since he was a teenager in the mid-1970s and has programmed everything from mainframes to desktops to bar code scanners. He has worked with many different languages, including Fortran, assembly language, C++, and, JavaScript. Paul has written more than three dozen books that have sold more than three million copies worldwide, including: Windows Vista Simplified, Teach Yourself Visually Windows Vista, Macs Portable Genius, Office 2007 Visual Quick Tips, and Teach Yourself VISUALLY Macs. Paul encourages all readers to drop by his Web site, www.mcfedries.com.