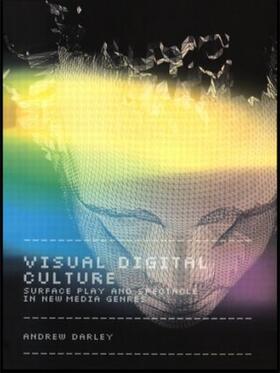 Digital entertainment, from video games to simulation rides, is now a central feature of popular culture. Computer-based or digital technologies are supplanting the traditional production methods of television, film and video, provoking intense speculation about their impact on the character of art. Examining the digital imaging techniques across a wide range of media, including film, music video, computer games, theme parks and simulation rides, Visual Digital Culture explores the relationship between evolving digital technologies and existing media and considers the effect of these new image forms on the experience of visual culture.Andrew Darley first traces the development of digital computing from the 1960s and its use in the production of visual digital entertainment. Through case studies of films such as Toy Story, key pop videos such as Michael Jackson's Black or White, and computer games like Quake and Blade Runner, Andrew Darley asks whether digital visual forms mark a break with traditional emphases on story, representation, meaning and reading towards a focus on style, image performance and sensation. He questions the implications of digital culture for theories of spectatorship, suggesting that these new visual forms create new forms of spectatorship within mass culture.

Darley, Andrew
Andrew Darley is Senior Lecturer at the Surrey Institute of Art and Design.