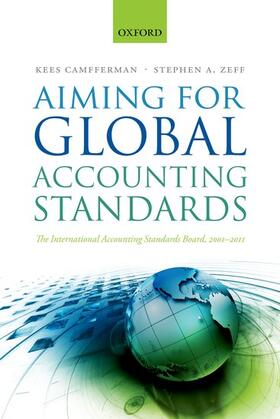 The International Accounting Standards Board (IASB) and its International Financial Reporting Standards (IFRSs), have acquired a central position in the practice and regulation of financial reporting around the world. As a unique instance of a private-sector body setting standards with legal force in many jurisdictions, the IASB's rise to prominence has been accompanied by vivid political debates about its governance and accountability. Similarly, the IASB's often
innovative attempts to change the face of financial reporting have made it the centre of numerous controversies.

This book traces the history of the IASB from its foundation as successor to the International Accounting Standards Committee (IASC), and discusses its operation, changing membership and leadership, the development of its standards, and their reception in jurisdictions around the world. The book gives particular attention to the IASB's relationships with the European Union, the United States, and Japan, as well as to the impact of the financial crisis on the IASB's work.

By its in-depth coverage of the history of the IASB, the book provides essential background information that will enrich the perspective of everyone who has to deal with IFRSs or the IASB at a technical or policy-making level.

Camfferman, Kees
Kees Camfferman is Professor of Financial Accounting at Vrije Universiteit, Amsterdam, and a qualified auditor. His research, published in several international academic journals, is focused on the development of financial reporting practices and of the institutional framework of financial reporting from the 19th century to the present.

Stephen A. Zeff is Professor of Accounting at Rice University, Houston. He is former President of the American Accouting Association and a former Editor of The Accounting Review. He has been inducted into the Accounting Hall of Fame, and the AAA has given him its Outstanding Accounting Educator award. He has lectured in more than fifty countries and has served as the International Adviser to the Institute of Chartered Accountants of Scotland. His primary research interest is the comparative
history of accounting standard setting and regulation.