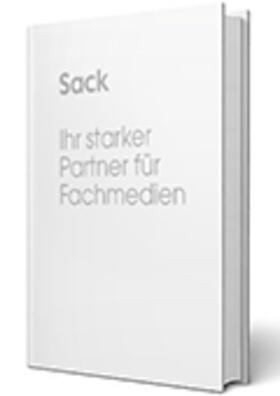 "Schragenheim, Camp and Surace, three leaders of TOC community, are tackling one of value destroyers of corporations—the misuse and abuse of traditional cost accounting. This book develops a practical methodology for better decision making by looking at the impact of certain types of decisions on a company’s bottom line. This well-defined methodology allows mid-managers, higher level managers and financial staff to create real value by concentrating on what truly matters."Boaz Ronen, Professor Emeritus, Coller School of Management, Tel Aviv University, Tel Aviv, Israel
"Throughput Economics is a must read for entrepreneurs and managers who want to make their organizations more and more antifragile."Andrea Zattoni, CEO of Antifragility, Italy
"Management accounting is a dry topic. Throughput Economics is not—managers can learn a lot they can apply to their company from it."Rudolf Burkhart, Business Development Director, Vistem Gmbh, Germany
Throughput Economics challenges the current thinking of how to evaluate cost, risks and rewards of any deal or any other new market opportunity being considered, especially the practice of calculating cost-per-unit. Instead, this book offers a process that directly answers the critical question: If we accept the proposed decision, will the performance of the organization improve?
The process involves the intuition of the key people in the organization, together with the relevant data, to come up with the best available information from which to form a reasonable range of net profit, when the considered decision is added on top of all the other activities undertaken by the organization. The process is explained and demonstrated using a variety of cases where the organization faces a new non-trivial idea, along with a detailed explanation of how it should work, including software support that provides very quick response to many what-if suggestions.
This book offers a new and well-defined process, applicable to every organization, that considers both financial impacts and capacity limitations and, also, includes the impact of uncertainty by providing the range of reasonable results rather than one number, which is always proven wrong in the end. Overall, the book provides a holistic method for simplified decision making in seemingly complex or shifting environments using a constraints mindset to facilitate companies’ realization, for the first time, their true potential.

Introduction. Chapter 1 The need for an improvement over ‘Cost Accounting’ methodology – Daily Bread, Part 1. Chapter 2 A Conceptual, yet Natural, Way to Make Decisions. Chapter 3 Information is derived from Hard Data, Intuition and Assessment of Uncertainty. Chapter 4 Throughput – a key concept pointing in a sensible direction – Daily Bread, Part 2. Chapter 5 More on the problematic nature of capacity. Chapter 6 Analyzing a Simple Case – P&Q, Part 1. Chapter 7 Some thoughts about accounting principles and standards. Chapter 8 A more realistic case – Daily Bread, Part 3. Chapter 9 Using what-if analysis to support mutual decisions. Chapter 10 T-generators and Critical Resources – Two new required terms. Chapter 11 Finding more to sell – Choco-for-You, Part 1. Chapter 12 Evaluating the next leap in performance and its required investment – Choco-forYou, Part 2. Chapter 13 Analyzing the significant decisions as explored in the Choco-for-You case. Chapter 14 The Role of Time and Timing in Decision Making. Chapter 15 Cash as a special critical resource. Chapter 16 The Quality of Earnings – from the perspective of a TOC minded CPA. Chapter 17 Now, it’s time for a Big Move- Daily Bread, Part 4. Chapter 18 An Analysis of Acquisitions. Chapter 19 Management attention as a special critical resource. Chapter 20 The Critical Nature of Metrics. Epilogue: What we have Covered Together. Appendix A. Modeling and data Requirements for Performing the What-If Scenarios. Appendix B. Specifics on What Metrics to Use and When they are Applicable. Appendix C. Table of Figures. Appendix D. Table of Tables.

Schragenheim, Eli
Eli Schragenheim is a well known international management educator, author and consultant active in various fields of management like corporate strategy, decision support, innovation, supply chain, project management, shop-floor control, IT and HR. He worked with huge variety of organizations all over the world, including public-sector organizations, industrial, high-tech and start-ups.

Since he had joined Dr. Eliyahu M. Goldratt, the famous creator of the Theory of Constraints (TOC) in 1985, Eli Schragenheim had taught, spoke at conferences and consulted all over the globe, including the US, India, China, Japan, Canada, Britain, Russia, Brazil, Colombia, Israel, Germany, Italy, Belgium, South Africa and Australia. He taught and trained high-level managers and consultants to use TOC in the most effective way in all the above countries. Many of his past pupils are now practicing TOC in the highest levels.

Eli Schragenheim is also known for his own software simulators and management games designed to experience the thinking and potential of the Theory of Constraints (TOC) in complex environments.
Eli Schragenheim was a partner in the A.Y. Goldratt Institute and a director in The Goldratt Schools. He manages his own company Elyakim Management Systems (1992) Ltd. He served twice as a board member of TOCICO – the TOC International Certificate Organization, a non-profit organization that was created by Dr. Goldratt to spread the TOC knowledge in the world. He is now serving his third round as board member of TOCICO.

Eli Schragenheim is the author of several books on various aspects of management. His first book Management Dilemmas (1998) showed a variety of problematic situations in management and the rigorous analysis leading to the right solution. Next he collaborated with William H. Dettmer in writing Manufacturing at Warp Speed. In this book the new concept of Simplified-DBR, now a key concept in production planning according to TOC, was introduced. He also collaborated with Carol A. Ptak on ERP, Tools, Techniques, and Applications for Integrating the Supply Chain, and with Dr. Goldratt and Carol Ptak on Necessary but Not Sufficient. In 2009 his book Supply Chain Management at Warp Speed, with William H. Dettmer and Wayne Patterson was published. He also contributed two chapters for the Theory of Constraints Handbook, edited by Cox and Schleier published in 2010 by McGraw-Hill.

In March 2015, Eli has opened a blog, now containing more than 90 articles on various topics in TOC that everybody can access. The URL is www.elischragenheim.com.

Henry Fitzhugh Camp is a practical entrepreneur who has bought, started and run companies for over 30 years. All of his endeavors have been successful without a single business failure, despite many bumps in the road.

While studying at the University of Virginia, he started his first business, which spread to several other college campuses and multiple licensees. After earning a BA in Mathematics, he taught math for several years before starting work as a computer programmer for a small distributor. Over the next few years, he designed and programmed his own ERP system to improve the company’s operational effectiveness. After five years, he bought the company and still owns it today, having grown sales tenfold during that time. www.shipperssupplyco.com.

During this time, Mr. Camp developed: 1) significant expertise in structuring a business to achieve its goals, 2) became an expert in administering and interpreting personality assessments in order to properly fit people to the necessary roles within a company’s structure and 3) learned about the different challenges during the predictable lifecycles of a business. Using these and his programming skills, he developed a warehouse management system (WMS) that achieved and maintained for years six sigma (6s) inventory accuracy (error rates of 3.4 parts per million or 99.9966%).

A customer with over $4 billion in annual sales implored Mr. Camp to manage their $70 million raw material inventories in 4 different countries. New software was created and deployed. Within months, IDEA’s five warehouses in four countries all demonstrated 6s inventory accuracy. More importantly, the client’s shortages disappeared, which had previously delayed manufacturing plants from producing about a third of their planned production schedules. Moreover, the inventory required dropped roughly 70%. This spin off became IDEA, LLC of which Henry owns a majority. www.ideallc.com IDEA has grown into seven countries, added many new clients.

IDEA went on to provide supply chain consulting, using software based on the Theory of Constraints (TOC) replenishment solution. By this time, Henry had formed a personal relationship with Eli Goldratt and his son Rami as a Goldratt Consulting client. A major client was adidas, who used IDEA’s Elucidate software to double their same store sales without increasing inventory or operating expenses. (For a 7 minute video on outcomes, click this link.) During this period, Henry became a recognized worldwide authority in TOC as it is applied to supply chains.

Due to his belief in TOC, Henry decided to buy companies rather than consulting. Using profits earned from IDEA’s consulting business and personal funds as seed capital, Camp raised money to establish TOC Equity Partners. His private equity fund acquired companies in various industries and has substantially improved each of them using TOC, Camp’s business operational expertise. This first crop of acquisitions is currently being positioned for sale at a dramatic profit.

Rocco Surace, CPA, ABV, CVA, CFF, CGMA, Jonah, is a Partner with The Bonadio Group. He works with clients in various industries, directing the client service teams for the recurring financial statement and tax needs, as well as tending to the long-term needs such as being a go-to confidant, succession planning, leading financial and tax due diligence in acquisitions and divestitures, strategic planning and holistically based process improvement services.
Rocco in internationally known for his focused consulting disciplines. Rocco’s skills have been developed as a result of hands on training and leading projects with and for some of the world leaders. His formal education and training has included:

Process based cost management with the concept developers of Activity Based Costing,

Business Processed Based Re-Engineering through training with Dr. Michael Hammer obtaining his Certificate of Mastery in Re-Engineering

He considers himself very fortunate to have learned directly from Dr. Eli Goldratt, the father of TOC. He served as North American Regional Director for Goldratt Consulting from 2004 through 2006.

He now leads the firm’s Leveraged Excellence And Development (LEAD) services. These services are focused on achieving operational excellence while then strategically leverage those abilities in value bases markets.

He is a frequent speaker for industry association groups and professional organizations on Succession Planning, TOC, Performance Measurement Best Practices, and Practice Development
Under his leadership and direction as the former Managing Partner of Gaines Kriner Elliott LLP, the firm received two national awards for its Professional Services program and services involving Business Process Improvement.

Rocco Surace is a graduate of Niagara University in Niagara Falls, New York, where he received a Bachelor’s of Science degree in Business and Accounting. Rocco Surace may be contacted at rsurace@bonadio.com.