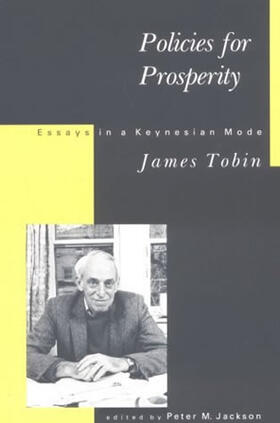 Essays in a Keynesian Mode

In these timely essays, Nobel prize­winning economist James Tobin shows
how Keynesian economics offers corrective treatment for the economic ailments we
have faced under the Ford, Carter, and Reagan administrations.Essays in the first
part of the book focus on theory and policy in Keynesian economics, particularly on
the modern anti-Keynesian movements of the 1970s and 1980s. Tobin's writings on the
events, controversies, doctrines, and policies of the Reagan era make up the book's
second section, Essays in part three continue to discuss the Reagan revolution,
focusing on fiscal policies and presenting some general macroeconomic principles
that can be invoked to remedy the situation; those in part four are concerned more
specifically with the conduct of monetary policy. A fifth section addresses
inflation stagflation, and unemployment, recommending income policies that Tobin
believes must become a "permanent tool of macroeconomic policy." The book concludes
with several essays on various aspects of political economy, including a timely
reminder that economic policies should serve ethical values.James Tobin, who
received the Nobel prize in economics in 1981, is Sterling Professor of Economics at
Yale.

Tobin, James
James Tobin, who received the Nobel prize in economics in 1981, is Sterling
Professor of Economics at Yale.