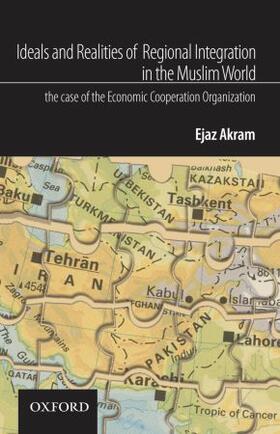 Akram Ideals and Realities of Regional Integration in the Muslim World

The Case of the Economic Cooperation Organization

Akram Ideals and Realities of Regional Integration in the Muslim World

This is a case study of the Economic Cooperation Organization (ECO). It argues that the ECO region has all the necessary elements for regional integration, however, the ECO has not yet reached its goals due to a postponement of its strategic, political and security decisions and the lack of a common denominator of identity and interests. The argument reinforces the notion that regionalism is not only an economic decision but also a political one which may yield economic dividends to
the member states. The book explains the general theoretical nexus between regionalism and security in some of the more successful and well-known regional formations. Then it goes in depth to discuss the political economy and history of the ECO and its various ties with the West. It stresses the
political and security decisions needed to mobilize the ECOs resources and improve its efficacy, and analyses regional security of the both the southern and the northern tiers of the ECO in detail, focusing particularly on the situation in Iran, Afghanistan and Pakistan.