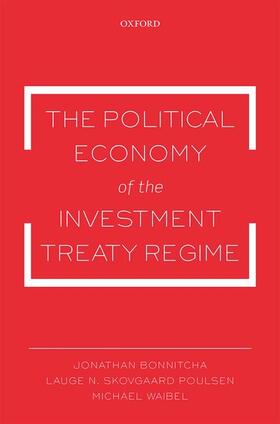 Investment treaties are some of the most controversial but least understood instruments of global economic governance. Public interest in international investment arbitration is growing and some developed and developing countries are beginning to revisit their investment treaty policies. The Political Economy of the Investment Treaty Regime synthesises and advances the growing literature on this subject by integrating legal, economic, and political
perspectives. Based on an analysis of the substantive and procedural rights conferred by investment treaties, it asks four basic questions. What are the costs and benefits of investment treaties for investors, states, and other stakeholders? Why did developed and developing countries sign the treaties? Why should
private arbitrators be allowed to review public regulations passed by states? And what is the relationship between the investment treaty regime and the broader regime complex that governs international investment?

Through a concise, but comprehensive, analysis, this book fills in some of the many "blind spots" of academics from different disciplines, and is the first port of call for lawyers, investors, policy-makers, and stakeholders trying to make sense of these critical instruments governing investor-state relations.

Bonnitcha, Jonathan
Jonathan Bonnitcha joined UNSW Law as a Lecturer in July 2016. His primary area of research interest is international economic governance, with a particular interest in investment treaties. Much of his research is inter-disciplinary, drawing on perspectives from the disciplines of economics and political science. He has advised both developed and developing countries on investment treaties.
Jonathan holds the degrees of DPhil, MPhil and BCL from the University of Oxford, and the degrees of LLB and BEc from the University of Sydney.

Lauge Poulsen is a Senior Lecturer in International Political Economy at University College London. His research focuses on the theory and practise of economic diplomacy with a particular emphasis on foreign investment, dispute settlement, and international economic law. Prior to joining UCL Lauge was a Postdoctoral Research Fellow based at University of Oxford, Nuffield College.