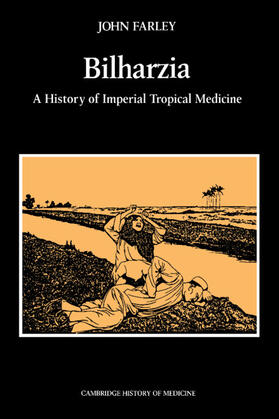 The advent of tropical medicine was a direct consequence of European and American imperialism, when military personnel, colonial administrators, businessmen, and settlers encountered a new set of diseases endemic to the tropics. Professor Farley describes how governments and organizations in Britain, the British colonies, the United States, Central and South America, South Africa, China, and the World Health Organization faced one particular tropical disease, bilharzia or schistosomiasis. Bilharzia is caused by a species of blood vessel-inhabiting parasitic worms and today afflicts over 200 million people in seventy-four countries. John Farley demonstrates that British and American imperial policies and attitudes largely determined the nature of tropical medicine. Western medical practitioners defined the type of medical system that was imposed on the indigenous populations; they dictated which diseases were important and worthy of study, which diseases were to be controlled, and which control methods were to be used.