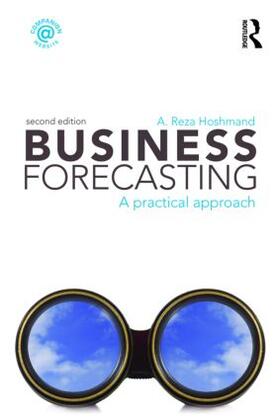 The information age has brought greater interconnection across the world, and transformed the global marketplace. To remain competitive, business firms look for ways of improving their ability to gauge business and economic conditions around the world. At the same time, advances in technology have revolutionized the way we process information and prepare business and economic forecasts. Secondary data searches, data collection, data entry and analysis, graphical visualization, and reporting can all be accomplished with the help of computers that provide access to information not previously available. Forecasters should therefore learn the techniques and models involved, as applied in this new era.

Business Forecasting: A Practical Approach is intended as an applied text for students and practitioners of forecasting who have some background in economics and statistics. The presentation is conceptual in nature with emphasis on rationale, application, and interpretation of the most commonly used forecasting techniques.The goal of this book is to provide students and managers with an overview of a broad range of techniques and an understanding of the strengths and weaknesses of each approach. It is based on the assumption that forecasting skills are best developed and retained by starting with simple models, followed by repeated exposure to real world examples. The book makes extensive use of international examples to amplify concepts.

Hoshmand, A. Reza (Daniel Webster College, USA)
A. Reza Hoshmand is associate dean of graduate studies and chair of the Business and Management Division at Daniel Webster College.He holds a Ph.D. in resource economics from the University of Maryland and has published nearly a dozen books and manuals, including Design of Experiments for Agriculture and the Natural Sciences, 2nd Edition (Chapman and Hall\CRC Press, 2006), Business and Economic Forecasting for the Information Age: A Practical Approach (Quorum, 2002) and, Statistical Methods for Environmental and Agricultural Sciences, Second Edition (CRC Press, 1997.) He has also written more than two dozen journal articles, technical reports and otherpapers.

Recently named a Fulbright Scholar to research foreign direct investment in China, Professor Hoshmand has garnered numerous other honors and awards including being nominated for the "Excellence in Teaching Award" by the University of Hawaii Board of Regents and being included in Who’s Who in the West, 26th edition. Prior to coming to Daniel Webster in 2001, Professor Hoshmand was a Professor of Economics and Finance at Lesley University’s School of Management.He has been a faculty member at the University of Hawaii, and with the California State University at Pomona. At Cal Poly Pomona, he was the interim director, International Center, and associate dean, College of Agriculture. He also held numerous other academic appointments during his career, including economics lecturer at Harvard and Tufts Universities. In 1991 Professor Hoshmand, was a visiting lecturer, economics, at the University of Hong Kong.